The Attack Detector app scans your system for authentication failures across various types of services installed on your system. If the failure threshold is reached, the app will block the attacking system. For example, it is a common tactic for spammers to guess a valid username/password combination for sending unsolicited outbound mail. The Attack Detector detects the failed login attempts and actively blocks the spammer.

If your system does not have this app available, you can install it via the Marketplace.

You can find this feature in the menu system at the following location:

This allows you to whitelist all devices on your LAN. This can be useful, for example, if you find that when users change their passwords through the webconfig, they can end up being locked out of the mail app if they don't get to the mail app quickly enough to update the password there. There is a trade off between security and usability.

If you had previously whitelisted your LAN by adding it to the ignoreip parameter in /etc/fail2ban/jail.local, this edit can now be removed, but do not remove the %(lan_subnets)s. 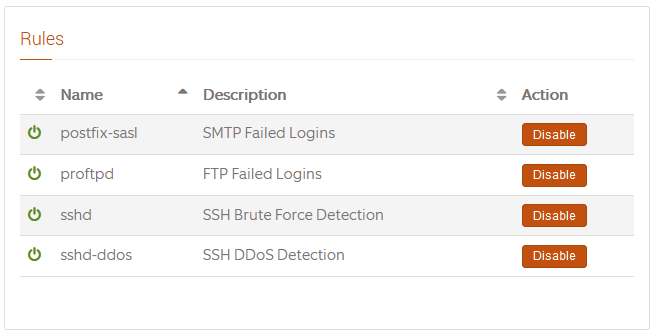 If you have one of the above apps installed, you will see corresponding Attack Detector rules in the configuration interface. You can enable and disable any of these rules using the web-based interface. 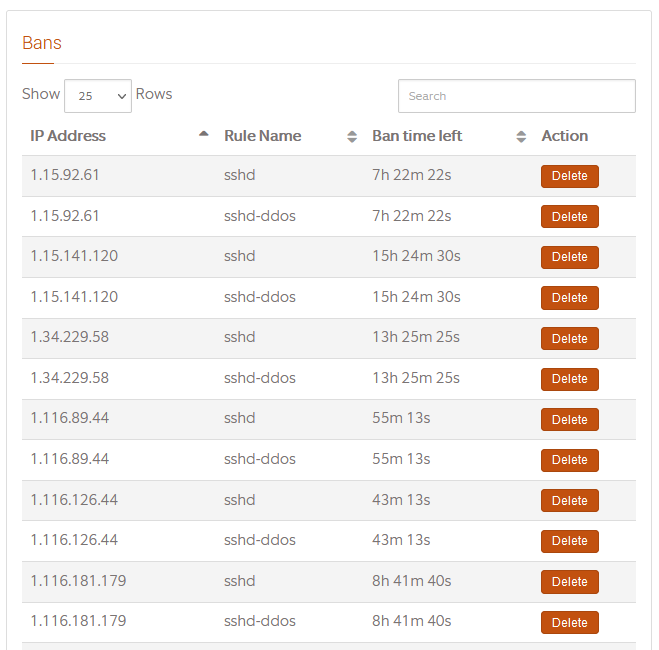 This section shows all current bans. If you need to unblock/unban them, you can delete the bans here.

If this application is installed and you want to whitelist an IP addresses or subnets, edit the file /etc/fail2ban/jail.local and update the ignoreip line:

The Attack Detector app is powered by fail2ban.